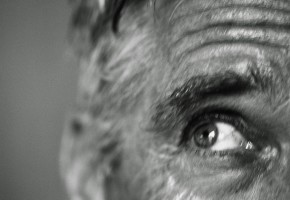 Scientists from Imperial College London and Charing Cross Hospital believe that it may be possible to improve memory by up to 10 percent through the use of neurofeedback.

The results announced in the International Journal of Psychophysiology this month show a link between neurofeedback training and improved memory in a 40-person trial.

Dr David Vernon, from Imperial College London at the Charing Cross hospital says: “Previous research has indicated that neurofeedback can be used to help treat a number of conditions including Attention Deficit Hyperactivity Disorder, epilepsy and alcoholism by training particular aspects of brain activity, but this is the first time we have shown a link between the use of neurofeedback, and improvements in memory.”

Neurofeedback is a learning procedure that has been involved in treatments enabling participants to normalize behaviour, stabilize mood and improve their cognitive performance. It works by allowing people to watch their brain activity, and through this, find a way to correct or improve it.

Neurofeedback monitors brain activity through sensors attached to the scalp with the key frequency components filtered out. These filtered brainwaves are then ‘fed back’ to the individual in the form of a video game displayed on screen, and the participant learns to control the game by altering particular aspects of their brain activity. This alteration in brain activity can influence cognitive performance. — return to top —

Imperial College London – Researchers find link between improved memory and the use of neurofeedback For the trial, the volunteers completed a number of neurofeedback sessions requiring them to enhance one aspect of brain activity while simultaneously inhibiting others.

Participants completed two tests, both before and after the neurofeedback training had been completed, to see if neurofeedback would influence working memory performance. Working memory refers to the type of memory used to hold and manipulate information during the performance of a task, such as maintaining a telephone number in mind in order to recall it later.

In both tests, the volunteers were presented with a series of words from different categories, and following this were tested on how well they were able to recall all the words from a specific category. Across both tests those receiving neurofeedback increased their recall from 70.6 percent to 81.6 percent, while recall in the control group only increased from 72.5 percent to 75.1 percent.

Professor John Gruzelier, from Imperial College London at Charing Cross hospital adds: “Neurofeedback has been proven to be effective in altering brain activity, but the extent to which such alterations can influence behaviour are still unknown. Further tests are needed to confirm this, but if neurofeedback can positively influence the cognitive performance of healthy individuals, as we have previously shown on attention and musical performance, it opens up the possibility that such treatment may be beneficial for those suffering from cognitive deficits”.

Notes to editors:
1. The effect of training distinct neurofeedback protocols on aspects of cognitive performance International Journal of Psychophysiology, Volume 47, Issue 1, pp 75-85.
2. Neurofeedback refers to a form of biofeedback, linked to a specific aspect of brain activity, such as frequency, location, amplitude or duration of specific EEG activity.
3. Consistently rated in the top three UK university institutions, Imperial College London is a world leading science-based university whose reputation for excellence in teaching and research attracts students (10,000) and staff (5,000) of the highest international
quality. Innovative research at the College explores the interface between science, medicine, engineering and management and delivers practical solutions that enhance the quality of life and the environment – underpinned by a dynamic enterprise culture.
Website: www.imperial.ac.uk
4. Charing Cross Hospital is part of the Hammersmith Hospitals NHS Trust, which also includes the Hammersmith, Queen Charlottes and Ravens Court Park hospitals. Website: www.hhnt.org